Share a memory
Obituary & Services
Tribute Wall
Read more about the life story of Maynard "Woody" and share your memory.

Maynard L. Woodworth (Woody) of Ridgely, MD, passed away on Saturday, November 19, 2022, at the UM Shore Medical Center at Easton, MD. He was 76 years old.

Born in Portland, ME on June 22, 1946, he was the son of the late Charles L. Woodworth and Violet E. Pietrantonio Woodworth. He attended Lubec High School, graduating in 1964. He then continued his education at St. Francis College. After one year of college, he enlisted in the US Marine Corps, serving in the states. He returned home to marry Sandra R. Bollinger on January 13, 1968, and was honorably discharged in 1969. Together, he and his wife Sandy resided in Glen Burnie and Pasadena, finally moving to the Eastern Shore of Maryland in 1980.

Mr. Woodworth and his wife began working together in the contracting business, forming Sandwood Corporation in 1975. In 1982, he became licensed in Real Estate and began Woodworth Realty in Ridgely in 2002. That same year, he graduated from Chesapeake Bible College and Seminary, receiving a Bachelor of Christian Ministry degree. In 2003, he became a licensed counselor in addition to forming Woodworth’s Beracah Homes, Inc.

Mr. Woodworth and his wife became very active as counselors and pastors in their own home. In 2002, they formed Fish Locker Ministries, a Christian coffee-house, and Church in Ridgely. During this time, he and his wife began working in real estate only part-time, devoting much of their time to local ministry work.

Mr. Woodworth had been a member of the Economic Development Committee of Ridgely and was a member of the Ridgely Lions Club. He enjoyed the ministry, camping, and playing the drums in his band called Whirlwind.

Funeral services will be 10:45 am Monday, November 28th, at the Moore Funeral Home, P.A located at 12 S. 2nd Street where friends may call one hour before the service. The interment will be in the Eastern Shore Veterans Cemetery in Hurlock, MD at 12 Noon.

To send flowers to the family or plant a tree in memory of Maynard "Woody" Louis Woodworth, please visit our floral store. 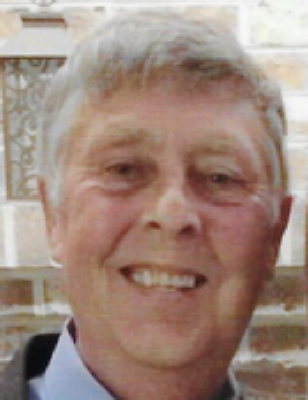